FREE UK DELIVERY ON ORDERS OVER £50! 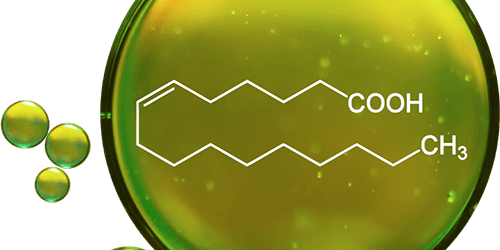 Most people living a modern lifestyle will have some experience of acne. Depending on the grading scale used, acne prevalence amongst adolescents ranges between 35% and 96%, with the most common range reported between 80 and 90%. Click here to learn more.

Is it likely that 80 to 90% of adolescent humans have always had unsightly pustules on their faces? Surely evolution isn’t that inefficient? There is growing consensus that we, as modern-living humans, have altered our living conditions too fast for our genetics to adapt. About 2 million years ago, our ancestors lost their body hair and started to walk upright. That’s approximately 140 000 generations. We started farming about 350 generations ago and the industrial revolution is only 6 generations in the past. Evolution takes a lot longer than 6 generations, so we haven’t been able to adapt to the daily stripping of our natural oils with soap. How long has it been since we started to spend the majority of every day sitting indoors in front of a computer screen? 25 years? We aren’t built for this.

We have the genetics of hunter-gatherers but we’re not living that lifestyle anymore and we’re paying the price. Researchers have evaluated the health of the few remaining hunter-gatherer tribes and they trump us on every health metric. They have better eyesight, higher VO2 max, superior bone health markers, lower insulin and BMI and much higher Vitamin D. Inflammatory disease is not an issue, and neither is depression or suicide. Many of the typical hallmarks of aging are not age-related in hunter-gatherers. Their blood pressure doesn’t change as they get older, and they don’t become more prone to bone fractures. Obesity is almost undocumented, and acne is either very rare or absent in these populations.

In one study (Arch Dermatol. 2002;138:1584-1590), 1200 hunter-gatherers from the island of Kitava in Papua New Guinea were examined by dermatologists, and not one case of acne was found. Not even a single Grade 1 case and there were more than 300 subjects between 15 and 25 years of age. The same was true for the Aché people in Paraguay. Many reports have documented the absence or near-absence of acne vulgaris in traditional-living populations like the Inuit, the Okinawans, and the Zulus. Traditional-living Tanzanians showed an acne rate of 0,1%.

Tags: beautybeautytrendspaleopaleoskincaresapienicsapienicskincareskinskincareskincarerevolutionskincareroutine
Recent Posts
Go to Top
We use cookies on our website to give you the most relevant experience by remembering your preferences and repeat visits. By clicking “Accept All”, you consent to the use of all cookies.
To read more about the type of information we collect, please view our privacy policy.
Privacy PolicyAccept all
Manage consent

This website uses cookies to improve your experience while you navigate through the website. Out of these, the cookies that are categorized as necessary are stored on your browser as they are essential for the working of basic functionalities of the website. We also use third-party cookies that help us analyze and understand how you use this website. These cookies will be stored in your browser only with your consent. You also have the option to opt-out of these cookies. But opting out of some of these cookies may affect your browsing experience.
Necessary Always Enabled
Necessary cookies are absolutely essential for the website to function properly. These cookies ensure basic functionalities and security features of the website, anonymously.
Functional
Functional cookies help to perform certain functionalities like sharing the content of the website on social media platforms, collect feedbacks, and other third-party features.
Performance
Performance cookies are used to understand and analyze the key performance indexes of the website which helps in delivering a better user experience for the visitors.
Analytics
Analytical cookies are used to understand how visitors interact with the website. These cookies help provide information on metrics the number of visitors, bounce rate, traffic source, etc.
Advertisement
Advertisement cookies are used to provide visitors with relevant ads and marketing campaigns. These cookies track visitors across websites and collect information to provide customized ads.
Others
Other uncategorized cookies are those that are being analyzed and have not been classified into a category as yet.
SAVE & ACCEPT